We developed a participatory mapping website for a project managed jointly by the USFS and BLM that involved land management decisions for the Browns Canyon National Monument along the Arkansas River in Colorado. The USFS initiated a series of “participatory mapping” sessions to collect public input on usage for land management surrounding the Arkansas River in the Browns Canyon area. The data collected helps the BLM understand the ways people interact with the canyon, what is meaningful about it, and its role in the way people live, work and play. This was a unique project in that the USFS and BLM typically look at land management from physical, environmental, and resource paradigms; this project focused on human interaction and social impacts.

The USFS and BLM held a series of public workshops to collect data from the public about how people use and interact with the area. We were asked to develop an online mapping tool to allow users to enter the same input as those at physical meetings. The result was a tremendous increase in public input: over 80% of the total public data was collected from website.

Users could answer the questions and identify areas on a web map that they found important or special. The spatial inputs and survey questions were all saved to a geodatabase and then exported to social scientists at the USFS. This was an unusual web mapping project because we didn’t provide a lot of map data to the user like most applications– rather this solution enabled users to create their own map data. It’s a great example of using web mapping for engaging the public to better understand how people interact with an environment.

Users provided information anonymously by first answering a series of questions, and then doing an “online participatory mapping session” where they created up to five interactive areas on the map in Browns Canyon and/or the Arkansas river. Users were prompted to answer several questions about each location. This was followed by the option to create three additional “special places” on the map and answer additional questions related to meaning and significance. An additional feature was that all users map inputs were viewable to everyone.

“Tierra Plan’s on-line mapping tool extended our joint BLM-USFS participatory mapping project reach beyond Colorado’s central mountain towns and communities. Thanks to the collaborative expertise of Tierra Plan. BLM and USFS planners were able to learn about peoples’ special places, recreation, and other values that they hold dear in regards to the Browns Canyon National Monument, From a broader land use planning perspective, Tierra Plan helped us reach an interested public in Colorado and surrounding states, who couldn’t make our open public meetings. I loved Tierra Plan’s elegant and easy-to-use interface for spatial data collection.”
Joseph Vieira, Planner-Project Manager, BLM 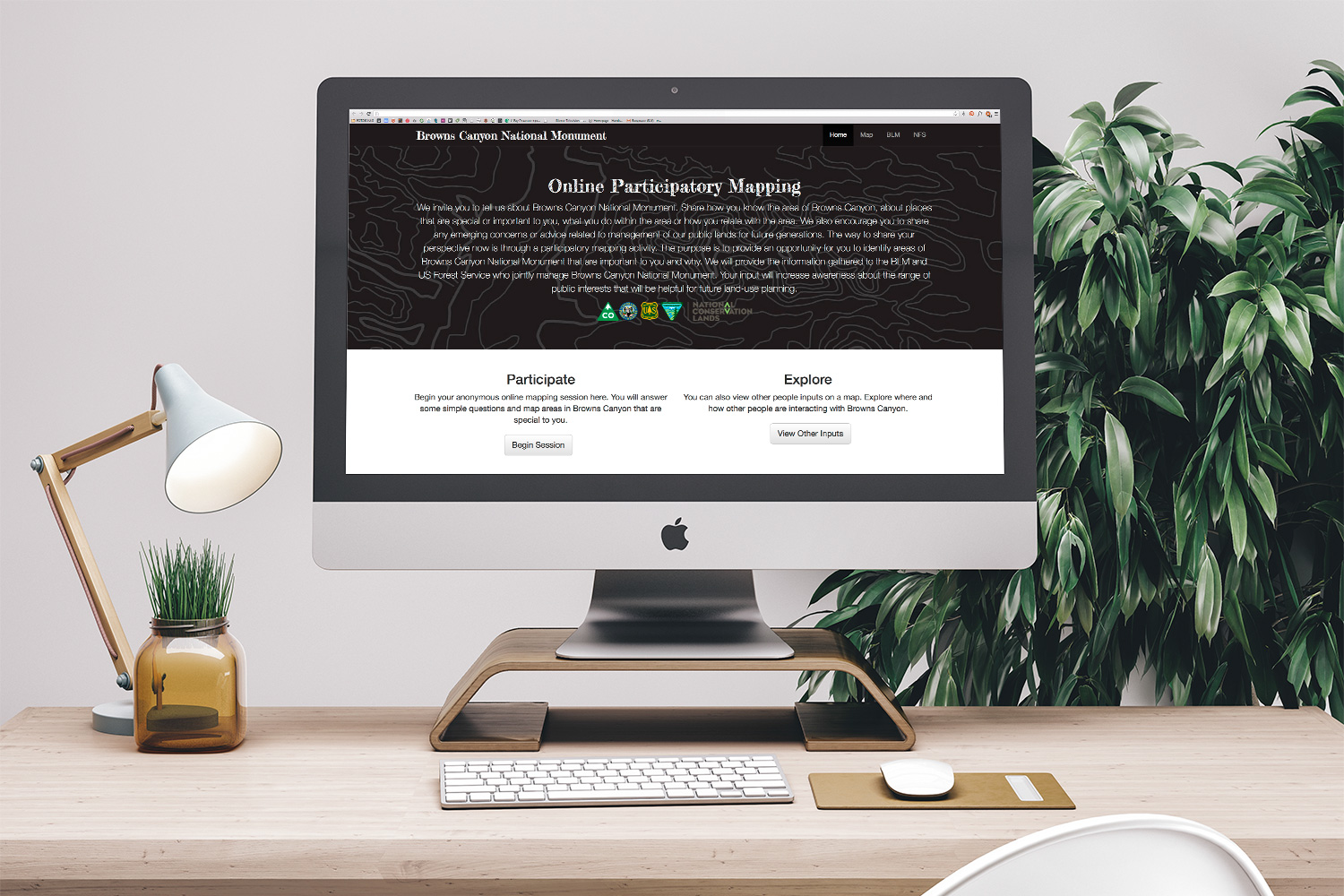 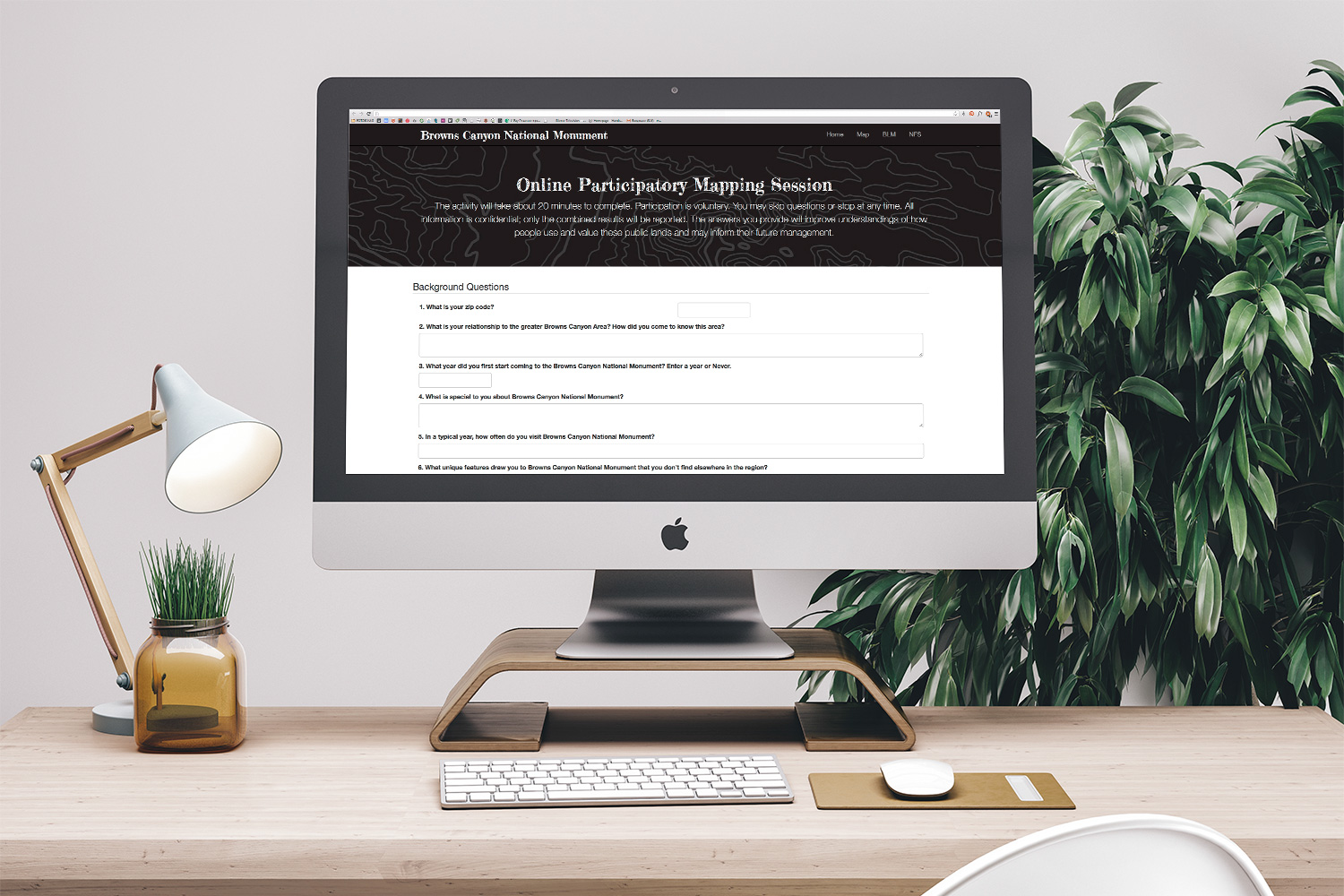 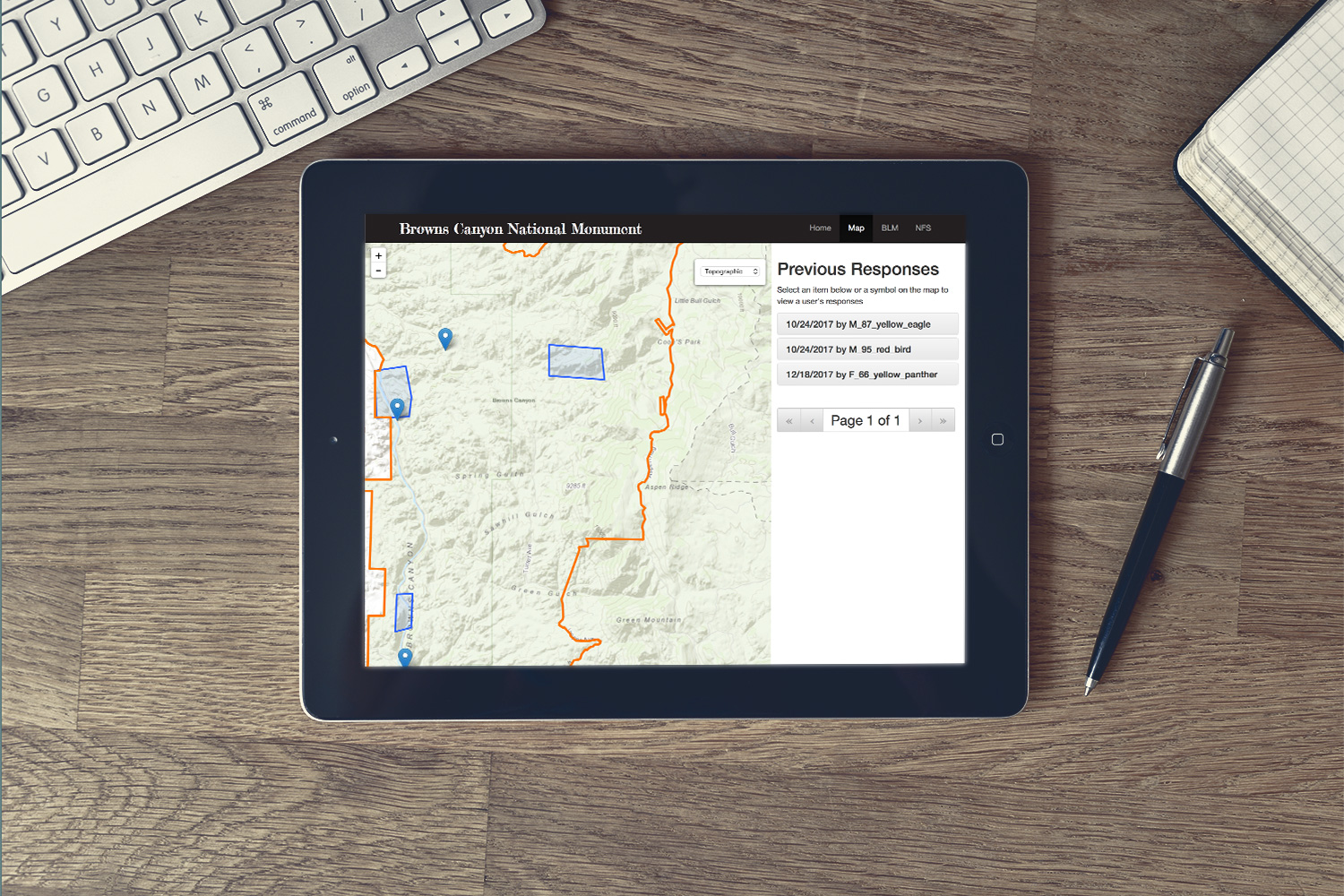 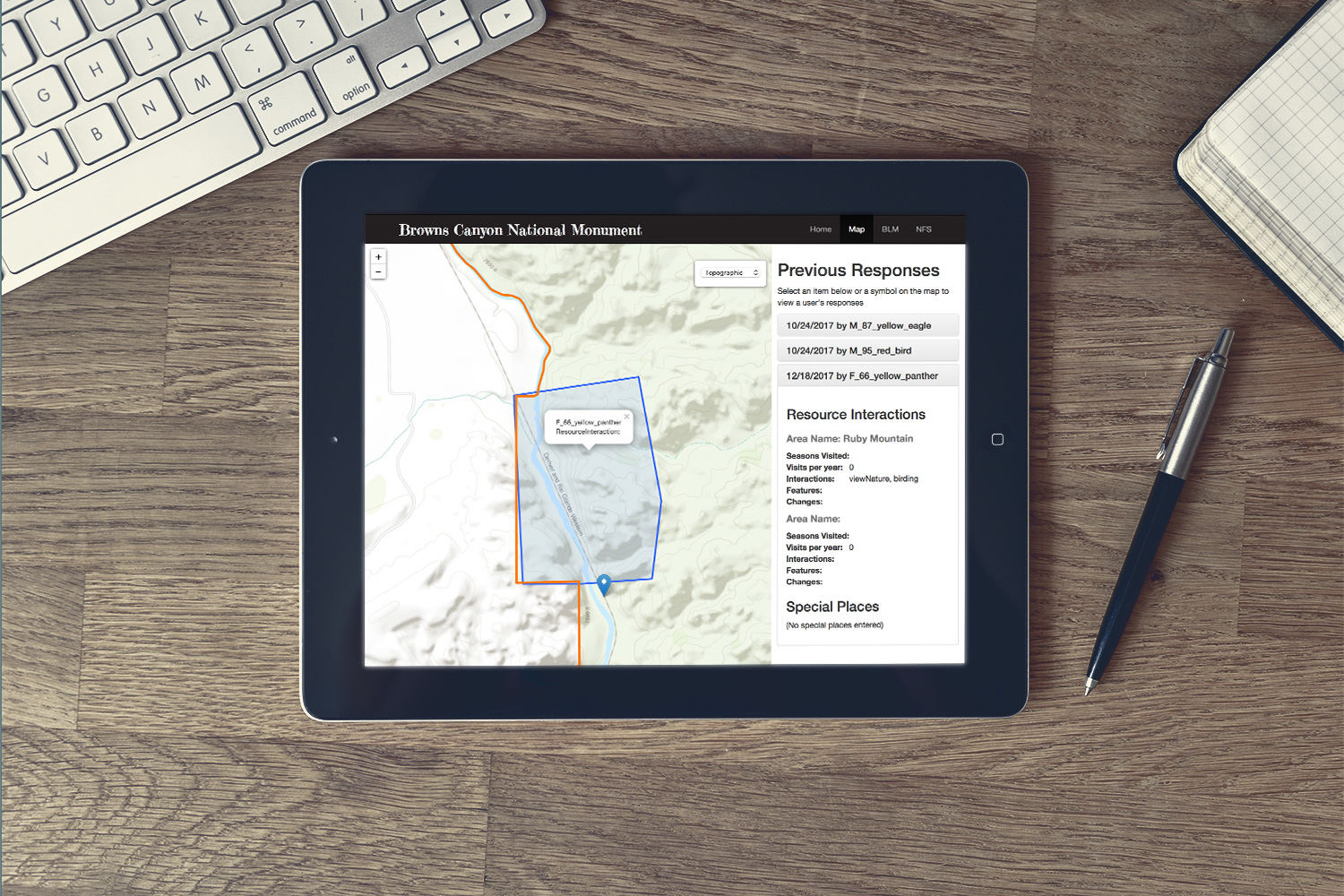